Going to a HEMA event can be a very exciting way to find out more about what the Historical European Martial Arts scene has to offer, whether it’s to learn or compete, or both. We talk to some of our members about the first event they ever attended.

Two years ago I was in the midst of a divorce and recovering from a family tragedy. My amazing, awesome and badass warrior best friend, Kat Fanning, was going to be doing this “sword thing” down in Maryland (Longpoint 2014). Knowing the hardships and mental/emotional state I was in, Kat invited me to come watch her fight and noted the hotel had a spa and hot men with swords (I was sold).

My full intention was to go to the event, watch her fight and then spend the rest of the time in the spa or pool as a mini vacation. As I sat watching, something clicked and I didn’t leave the tournament room for the entire weekend. I was fascinated and intrigued. I studied every movement, every judge, every thrust. A week later I came home, found a club in my state – Laurel City Historical Fencing – and joined even though it is an hour drive to class weekly. So Longpoint 2014 was my first event, and the first tournament I competed in was at Longpoint 2015.

I wholeheartedly believe HEMA (and Kat) saved my life by helping me defeat depression and loneliness. The advice I would give to someone about tournaments is just go for it. It’s not winning or losing or statistics, it’s enjoying the art you practice with the most amazing community.

Study in Steel 2015. I had a blast. I went to Study in Steel to take a few classes but I ended up in the tournament fighting sabre, because one of the women had gotten injured. I have never picked up the saber before and lost really badly, but I did not care because it was fun and everyone was very supportive and cheering me on. 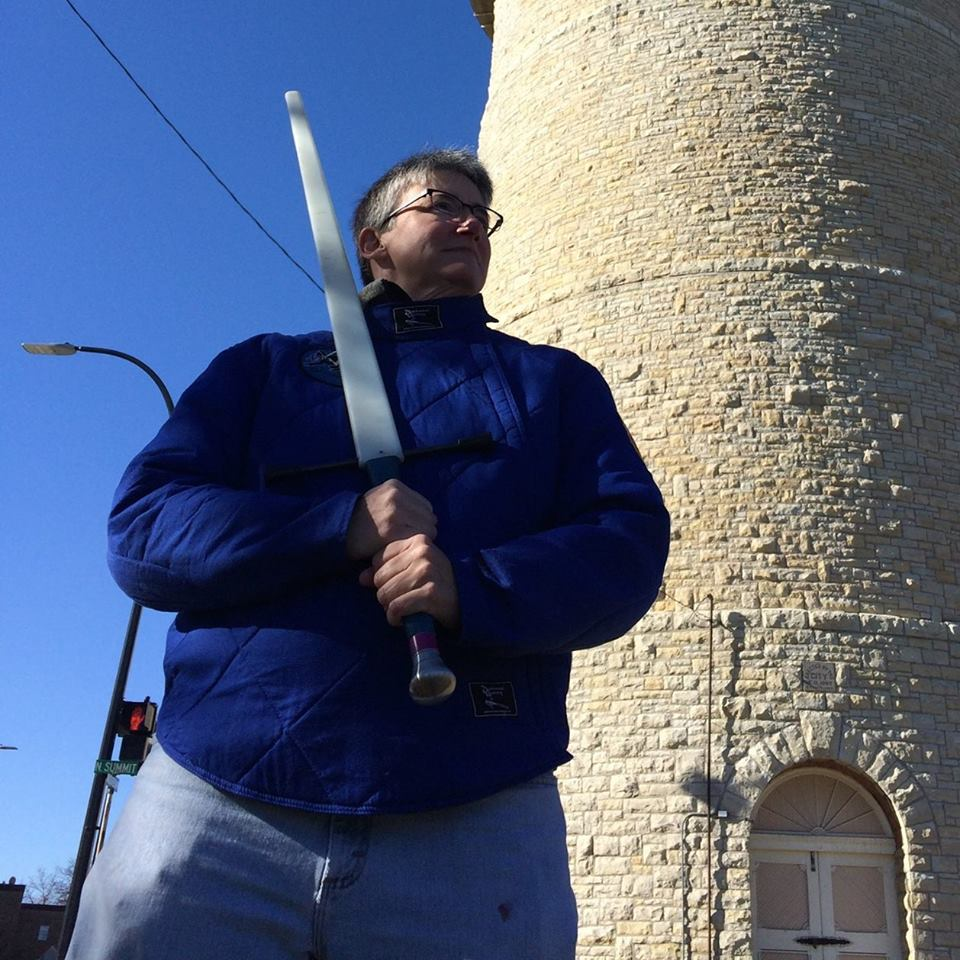 The advice I would give is don’t be afraid to put yourself out there and try something different, even if you’re not comfortable doing it. Ask a lot of questions and don’t forget snacks and water. Don’t be afraid of trying something new.

GISS – I loved it! I was very, very shy, especially during my first event and didn’t dare enter classes with foreign instructors, cause I thought I wasn’t… good enough. I know, it’s silly. At the end of the first day, I finally got the courage and entered Chris Chatfield’s workshop on footwork with the sidesword. And it was amazing! A splendid class, great instructor and lots of fun!

At AIMA Rome 2016 I was incredibly excited! I followed classes held by Rob Runacres and Alberto Bomprezzi. I was entering tournaments on the second day and I was in the finals on the third, so I didn’t have much time for other workshops, but I loved the ones I attended. Rob’s opened my eyes to rapier and dagger, completely changing my way of fighting, and during Alberto’s class on sword and buckler I learnt some useful techniques which I used the day after in the tournament, and well… I placed second in Women’s sword and buckler, so I’d say it went well! As Chris during the GISS, Rob and Alberto were lovely, kind and their classes were so interesting. I also sparred a lot with so many people from all over Italy and Europe. I was amazed by how everyone was so enthusiastic and happy to share knowledge and skills.

Can’t wait to do more and more!!

My first tournament was Donnerschlag in Karlsruhe, Germany. All in all it was a very strange experience. I was the only woman competing in the tournament and I was 16 years old. Some of the men were watching me and some even laughed about me warming up and getting ready for the tournament. My companions encouraged me to compete nevertheless. Well, I lost all of my fights except for one draw against one of the guys from my club. This encouraged me to train harder and it worked!

So my advice: Keep going. Keep fighting! And don’t care about the looks others give you. Do your thing and rock it. And even if you lose, you gain experience for future competitions and fights.

How did HEMA find you?

HEMA is growing, and it’s interesting to see how people find it, and also what inspires them to get started in the first place. We asked some of our members how they discovered Historical European Martial Arts.

Carolina Drangel My dad read The Lord of the Rings to me when I was ten…
Aaand then fifteen years later we (me and my husband) saw that a friend was going to a Facebook event called “Historical Fencing for Newbies” or some such thing. We decided to go. Our friend didn’t go (until several years later). Since then I’ve been hooked.

Leonie Panda Several years after I quit Taekwondo, I felt the itch again, and started looking for a martial arts club in my area. I decided on Systema. After a while I couldn’t make it to the training anymore due to school, so I switched to a different training group in the organisation, which was HEMA. I had so much fun, I never left.

Jildou Zwamborn (^not a new member but from the same dojo as Leonie!) I did Krav Maga as a teen, during my studies I briefly dabbled in Wing-tsun (which was so not my thing), then found Systema and almost immediately HEMA too. I did both for a while until moving to a different city made it impossible to practice two to three times a week. I’ve been keeping up the HEMA practice at least once a week for… Golly, seven years by now!

Mady Kelly I’ve been doing it for two and a half years now, though I only found out about Esfinges a few weeks ago because there are barely any girls in our club… three out of at least fifty members.

Sarah McPherson I’d never had any desire to do martial arts (I did things like dance and gymnastics instead), but my husband has a background in eastern martial arts and found a HEMA class that he wanted to try. He kept bugging me to go too, and eventually I agreed on the proviso that if I went once and didn’t like it he had to shut up and leave me alone. And here I am 10 years, 3 clubs, and about 6 different weapon styles later!

Mary Mooney I’m a Wiccan priestess, and in my tradition women who run covens are entitled to the use of a ritual sword. When I got mine, I thought, “Huh…I wonder how many of us throughout our history have actually been able to use one of these beyond as a symbol.” So I started Googling and ended up finding my club. The other women in my family think I’m nuts.

Tell us how you got into HEMA in the comments.

Anouk and others coached at Hernen beginners tournament in the Netherlands. The event was organised by several clubs: HVN, Zwaard & Steen, Zwaardkring, and  AMEK. Each club could bring four fighters with little to no competition experience with a coach to assist them. The tournament was held in the courtyard of a castle. Eline Spek received the award for best newcomer.

Lisa got to try out her beautiful Danelli sharp longsword at a KdF Red Tent cutting session. 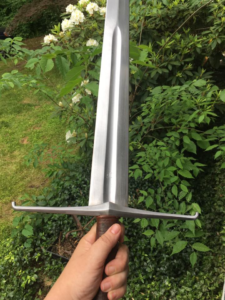 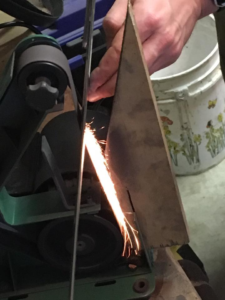 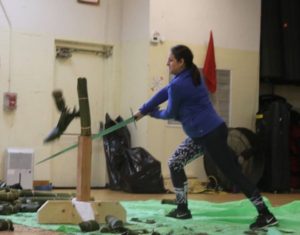 Some Chicago Swordplay Guild women spent an awesome day drinking wine, catching up, and crafting, followed by a day of training in preparation for a grading. 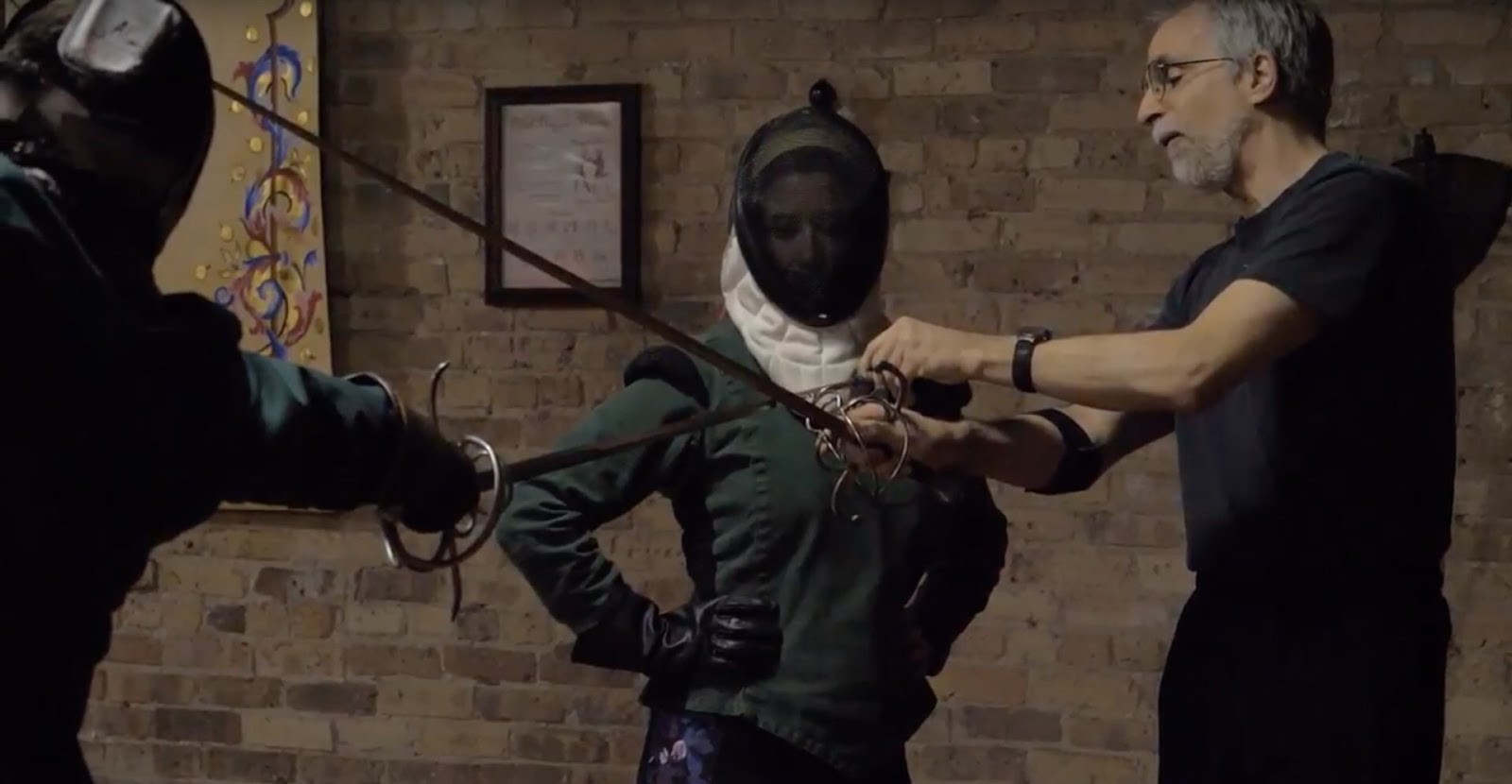 And Julia Yli-Hukka continues to dominate the Nordic Fencing scene with a Gold in women’s longsword at the Norway HEMA Open hosted by Fekteklubben Frie Duellister. Congratulations to all the finalists. 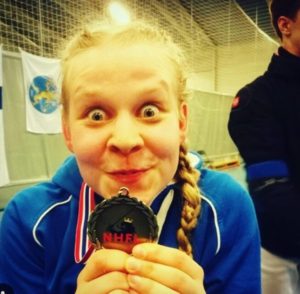 Preparations are ongoing for the Sweden Open 2017 – this is the final leg of the Nordic Historical Fencing League where the overall winners will be announced. 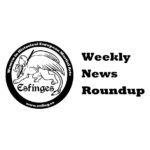 Shanee Nishry has been working on her new HEMA website aimed at newcomers looking to learn more about the sources and drills, go and check it out.

A story has been generating interest in mainstream press about the first women jousters – Nicky Willis and Alix van Zijl – to go against male opponents in the UK at Kenilworth Joust this June, part of the English Heritage calendar.

Keep an eye on this page for more news each week, if you want to be featured please get in touch.

Not a week goes by without something exciting happening in the growing world of HEMA, and this week was no exception.

Those from Bataille got to train in a Castle in the Netherlands, as they do every first Sunday of the month.

Romania held its first ever international HEMA event, with tournaments, workshops, lectures, vendors and an all important afterparty!

Arguably the biggest event of the weekend was the 16th HEMAC Dijon 2017 gathering in Dijon, France. Dijon is one of the oldest and largest HEMA events in the world and this was a great year for women, with five female instructors teaching systems such as French wrestling, military sabre, dagger, bastoncello, and Fiore’s swordsmanship. They even featured on French news TV.

This week we have seen a flood of new members from places such as Australia, Mexico and the United States. It is always good to see more women enjoying HEMA and sharing our experiences with one another.

Members have been teaching breathing for wrestling workshops, fighter fitness classes, attending Battle of the Nations in Barcelona, competing at Study in Steel, and teaching kids fighting classes at medieval castles.

We would like it to be known that we welcome all transgender persons (including non-binary, genderqueer, and genderfluid individuals).

Though Esfinges was founded as a HEMA community for women, we acknowledge that many of the same challenges women face in HEMA are also faced by people in the transgender community.  To give those individuals access to the same support system, we welcome all transgender persons.
Esfinges would like to offer a voice to those who want to be more represented in the historical European martial arts. If you have ideas or issues you would like to discuss, or want to know more about HEMA and join us, please get in touch: http://esfinges.net/#contact 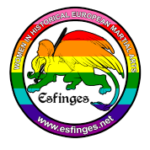 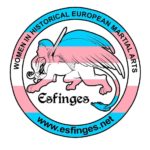