Esfinges spotted the original in the AMHE bulletin. http://www.ffamhe.fr/archivesNL/Bulletin_des_AMHE_08_2014.html  So here is a translation for those not quite fluent enough in French.  It relates to an exciting survey that the French HEMA association has conducted among its female members. We are very much hoping to find out the results in due course.

Thanks to Jeanne Breard for her permission to re-post.

The views in this article belong to the author.
Article by Jeanne Breard.
Translation by Claudia Krause
There you are, in front of a spectator who had come to investigate those strange people wielding swords and bucklers, or sabres.  You wear your sneakers, gym pants, and maybe even a nice compression top. Basically, the outfit is unmistakable.   You might even have your mask under your arm, still be wet with sweat from your last fight, red-faced and breathless.  Still the fateful question is almost unavoidable:
“But you? What are you doing? You practice?”
Yes, you notice with a silent sigh, even all this fighting gear is not sufficient to bring home the message that women, as well as men, are involved in HEMA as fighters.  Admittedly, the men are the large majority here. It is also true that our archaic memory struggles to imagine women in an activities involving physical danger. According to some sociologists, women are more likely to be attracted to physical activities with a high aesthetic component.    Moreover, the symbolic dimension of the martial arts is mainly oriented towards men. Stereotypes?  No, this is the result of thousands of years of human history that we can’t easily sweep under the carpet. And the result is very clear. On average 10% of all members per HEMA club are women. And while one can find exclusively male HEMA clubs, the opposite does not seem to exist.
At a time when the government promotes parity in all areas, HEMA is far from meeting these requirements. A decree from January 7th, 2004 has in effect introduced  a principle of proportionality  into the statutes of sports federations.  This states that the proportion of women in administrative/leadership roles must be equal to the proportion of female members .  For several years the Ministry’s Committee on Women’s rights has even aimed for parity in the composition of leading committees of federations, quoting the example of the French Federation of Swimming, where the steering committee comprises equal numbers of women and men since 2012.  These measures are intended to fight against a significant inequality in sport between women and men, due to the still recent admission of young women’s into to competitive sport. (To just give one example, the admission of women into the Olympics was only agreed by the International Olympic Committee in 1928). It therefore seems legitimate to draw some parallels to the (low) female presence in our beautiful discipline.
However, it were not the governmental decrees that lead to these questions . The discussion around women in HEMA really emerged when Esfinges was founded in 2012, at the initiative of Ruth Garcia Navarro and Mariana Lopez Rodriguez, quickly supported by Fran Terminiello. This group aims to promote female participation in HEMA and provides a women’s only discussion forum around various topics related to this issue.  However, Esfinges has not met with unanimous approval within HEMA. Many women (and it is clear that this is a very French trend, the initiative was much more warmly received in other countries) do not see the usefulness of such an organisation: why highlighting the differences, why setting oneself apart? To those skeptics, such a group has a tendency to highlight what separates women from men in an activity where they feel fully integrated in this universe, despite the strong masculine presence. Very often, these women do not feel the need to increase female participation by the way,  contrary to the governmental aim to achieve parity.   And the debate heats  up around  the  thorny issue of women’s tournaments, supported by Esfinges (Editor’s note: Esfinges does not support nor condemn women’s tournaments, as all our members are entitled to their own, often differing opinions). While the main reason seems to be to give women the best  chance  to shine at a competitive level, many are opposed for very varied reasons , from a general anti-tournament stance to a different,  if not totally opposing  idea on how to enhance female participation.
Ranging from an external interest in female participation  up to  an internal interest within HEMA, with a wish to better fulfill official requirements in between, t hese are the debates and questions that have led to an increased interest in the presence of women in HEMA.   This is also an opportunity to assess the views of women themselves relating to these matters. This is why you have been approached recently via a questionnaire. Many have responded and many have asked themselves:  But why such a study? Is there a problem? Are these really questions worth asking?   I hope this introduction has answered your questions,  which are also shared by some members of the male sex. I take the  opportunity of writing in the HEMA newsletter to thank all those who responded and those who provided me with valuable additional information. It is now time for me to process all these  data for a better and  more objective  assessment of the vast and beautiful subject of “women in HEMA.” To be continued … 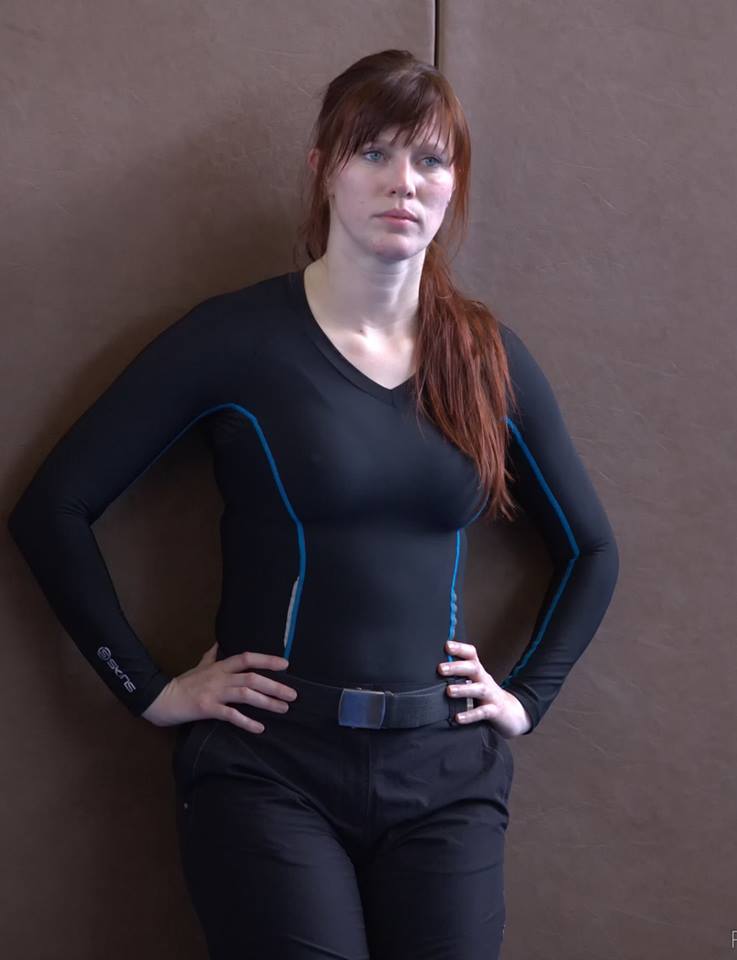