The views contained in this article are those of the author.

Not so long ago I was working on a blog post that started growing so long it was more like the start of a book about fencers that are dangerous to have on a tournament, tools to detect them and ways for judges to work with them. This was both too complex and too problematic to explain in a length any person with procrastination needs would ever read, and this is why I decided to cut that project and shorten it into the real issue portrayed by my work:  Judges.

For the ones who don’t know me and might want more information on where I stand in the tournaments and Judging field: I’m not an amazing first place fighter (yet 😉 ) But I’ve been able to fight in various tournaments in Mexico (Like the ones hosted by the Union de Artes Marciales Europeas “UAME” or National tournament) and some others in the USA (last being at Iron Gate Exhibition “IGX”). So far I’ve been judge and/or referee in at least eleven tournaments, last two being IGX and Longpoint internationally and UAME on a national level, and have been organizer or part of the organization on several national events (national tournament, Schwertkampf, Underground Fencing, etc.) Seven events in total plus a few local small events, and have helped as staff at events in the USA as well. Now this doesn’t make me a master but it gives me some experience to talk from (I think).

In this short experience I’ve been able to realize most of the common flaws occurring at least in the USA and Mexico when it comes to Judging and the problems it brings problems that I believe are pretty obvious. Then again I would like to remind the reader this is my personal opinion and everyone is welcome to disagree and provide a proper (respectful) debate on the subject.

It is well known or common that most of the judges at almost any event are volunteers, in this list of volunteers we find:

·         New HEMA practitioner who judge due to their lack of gear, confidence or such to enter a tournament.

·         Fighters who just lost their bouts or who are helping between fights because there is not enough people.

Within this situation of Volunteers, we then face many other issues when it comes to their judging: lack of understanding of what they are looking at and listening to (flat hits, fast exchanges and dangerous fight engagements, or having a hard time explaining the exchange they just saw if needed) especially for new fencers or people who don’t fight such weapon;  Lack of credibility being judged by the guy you just beat, or having an opponent being judged by a member of their own club often lead to an unconscious belief of the judge not being neutral, which is naturally very discouraging and there is also another common issue that is poor ability to stand up for the tournament ruleset…which, being this last point, is the reason for this blog.

Being a judge means accepting that you will be (or could be) hated while you are at it, and maybe it’s because of this or maybe is just for no apparent reasons that as judges we are constantly fearing to make the wrong calls, to the point some of us don’t stand up when it’s time to make some serious calls, and this is the biggest problem of them all (in my opinion of course). Led by thoughts such as “Did I see right? Maybe is just my perception!”, avoiding making a call happens way too often but there is something we must face as judges; The worst judge of them all is the one who feels insecure, and by doing so don’t truly judge and allows the abusive problematic fighters to move on.

Many rules points get ignored, but the ones most ignored are the unwritten ones, Most of the rulesets recognize that certain situations are under the call of the referee/judges, and so this rarely happens. It’s rare to see a fighter being tracked in a tournament due to initial problematic behaviors since these behaviors are not getting responses at the early stages. Even with the obvious calls, it’s very often that a Judge saw things the referee and other judges didn’t and because of this, the judge decides not to mention it, meaning that the first call on a “dangerous or prohibited action” is actually the second, because when (for example) the first hit on the back of the head happen, many think “oh well it was just an accident” and it passes unnoticed, and while it might have been an accident there’s no reason for it not to be at least a call (even if without punishment) it’s to be understood the call HAS to be made, because the rulset say so.

This unwritten rules and the smaller safety calls are the most important ones and also the most ignored, mostly because there are always comments on how subjective it is to make these calls or how “exaggerated” it is to make them, but subjective should not be the reason to stop a call, the fear of how rational or irrational we think the action was can damage the entire development of a fight and even a tournament. Volunteer or not, Judges must be encouraged and should acknowledge the reason for having “power during the fight”, tournaments rules are made to allow certain skills of the fighter to show, and judges are the ones who both praise those who show them but also to remind those who don’t to do so, because if they don’t they are out. It sounds scary to have Judges with superiority feelings. The point is not to have such:  The point is to have a confident authority feeling.

Why is this so hard to some?

It can be hard to feel authority when you’re judging a fighter you believe is better than you, to others it’s hard when you don’t have that much experience and you have a short clue of what you are watching, but mostly, when you are just a cool HEMA fellow helping, helping is not the kind of favors that come with the feeling of authority, but this lack of authority means a lack of the character judges must have in order to provide a safer fight (and also in order to improve as judges) This is why I believe the following are the things every judge, volunteer or not, should be aware of before they start doing their job:

Judges self acknowledgement should be balanced: Within their job, they must realize the Judged are blind and stupid: We can’t see all, we won’t see all, and we might realize what we really saw on an exchange later when it’s useless but understanding that it sometimes happens. We should work to improve it, but it will always happen.

Judges also should acknowledge their responsibility: Not making a call, or not consulting with the team for what we think was a dangerous engagement or a breach of the rules can provoke a further accident or the unfair pass of a fighter who should not move on (even if that fighter is a good fighter), a fight that doesn’t rely even on the smallest rules has no reason to be there, and a judge who doesn’t call these mistakes makes the ruleset useless, and the development of the whole tournament turns unfair for those who do work and follow the rules (maybe even changing their style of fencing from what they are comfortable with.

Judges should embrace their confidence and authority : no matter how blind or stupid we are during the fight, thinking if the past calls were right or wrong, or avoiding calls by thinking “maybe it wasn’t as bad as I thought It was” can be the breaking point of poorly focused calls and further accidents, such as fighters or spectators undermining your task and invalidating judges’ credibility.

·         Judges must understand: If this is what you call and the fight moved on, then that is what it was, and there’s no reason to think about it again.

·         When you are a judge: no fighter or spectator has the power to intimidate or shout at your calls and if they try to do so, there have to be consequences. The only people at the level of consideration in your thoughts on an action are your judge team (or the fighter coach if the rule set says so) and then again, they can only put it under consideration, if you are firm on what you saw, you must remain firm on it.

Judge has no obligation to give further explanations once the fight is over: Yes, as judges sometimes we screw it up, and we know it, some might feel like going to the fighter and offering an apology (which sucks to hear as a fighter) some feel bad and don’t tell either way, that’s each persons call, but no matter what people say, Judging is not an easy job and it will never be.  There is no such thing as a perfect judge, from the time you move to the next fight you probably already forgot what happened in the past one. This feeling of having to defend yourself once your job as a judge is done prevents many judges from expressing their concerns over a fight, and that should not happen.  There are only a few things that will remain clear, it’s humanly impossible (unless you’re a genius) to remember every single exchange you saw, and therefore we have no reason to explain why or how we made calls after our work is done, the only moment we can feel like explaining a call, is when the call is being made. We have the right to tell people to stop asking about it, our job is done, and so our duty to explain. If we had to make a strong call and they didn’t like it, they can be the judges the next tournament.

Yes a good judge will be built over the time, but knowing the responsibility and the place you stand on when you take the job, either because it’s your duty, because you like it or because you want to help the poor crazy guy who decided to deal with the making of a tournament, being aware of this points and embrace them will properly guide the judges improvement, it will prevent tournament accidents and increase tournaments quality. If you are asking for volunteers, remind them the attitude they should take within the job! 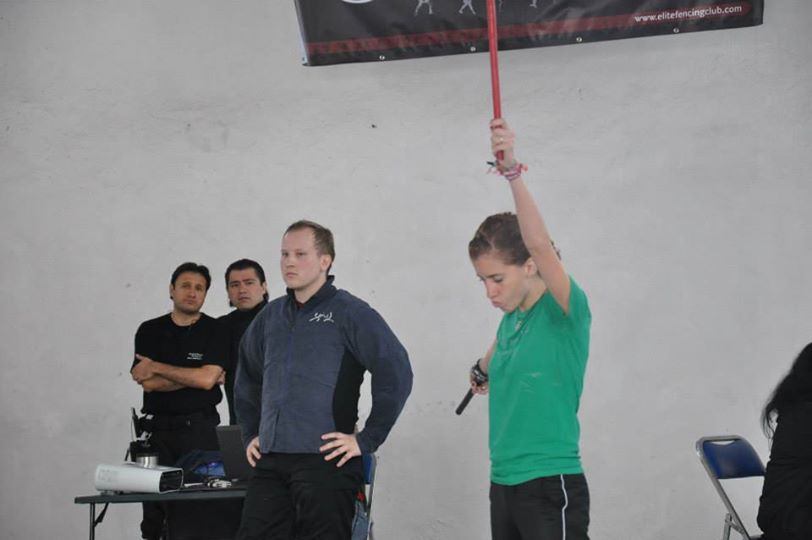