Sales is not a career I would ever consider because I can’t pretend to be enthusiastic about something I don’t care about. But there is a product which I do believe in, passionately, and that is Historical European Martial Arts (HEMA).

I have no qualms about promoting this at any opportunity: social media, flyers, waxing lyrical at barbecues and birthday parties, giving business cards to strangers on the train…I am your average HEMA street pusher. There are many like me, with varying degrees of enthusiasm. The world of HEMA relies on the people that do it and love it to promote it.

The phenomenon of social media has worked wonders for promoting HEMA: from the Swordfish Livestream that spawned many like it, evolving into events such the recent broadcast on ESPN of Longpoint South Longsword finals; to various YouTube channels of HEMA gurus sharing their pearls of wisdom with a much bigger audience than any advertising budget could afford.

The result is our niche hobby continues to slowly spread and become more popular. This is exciting and terrifying (you could say those two emotions are one and the same). It spawns many discussions online, and you can hear the fear in people’s hearts, particularly those who’ve been in the scene for decades and feel like it’s growing beyond their control.

We are regularly menaced by the spectre of “the sportification of HEMA” which is easily dispelled by historical precedent.

There is the fear that the YouTube talking heads are feeding people the wrong information – to which I say if you don’t like what someone is doing, do it better.

Swords continue to thrive in popular culture, thanks to literature, gaming and the film and TV industry. Along with HEMA becoming more visible are other sword based activities such as HMB (Historical Medieval Battle), LARP (Live Action Roleplay), reenactment, sports fencing, even light-sabre fencing. We can either be annoyed and complain at the competition, or we can set up our store front alongside theirs and see who wants what we can offer.

TL;DR this is the main thrust of this blog post – “Be positive, this is an exciting opportunity to grow the community. Which is actually a good thing.”

As mentioned at the start, not everyone is quite as keen as I am to spread the word. There is a reluctance to get just any Tom, Dick or Harriet in the door that will turn up then disappear, having wasted people’s time. There’s a belief that only the ‘best’ should be cultivated for the Historical European Martial Arts.

“You aren’t ‘tricking’ people into buying something that they don’t want or need, you’re showing them something they may have never considered or known about before. This is why the message of diversity matters so much when promoting HEMA. It’s for everyone.”

This is setting off on the wrong foot in my opinion, or a good way to end up with a very small club that stagnates quickly. You don’t know who will dig HEMA, nor who will benefit from it unless you tell everyone about it. Advertising is not just about exploitation. You aren’t ‘tricking’ people into buying something that they don’t want or need, you’re showing them something they may have never considered or known about before. This is why the message of diversity matters so much when promoting HEMA. It’s for everyone.

Some will insist that HEMA (as they see it) is not everyone’s cup of tea. But they’re assuming all HEMA is the same i.e what they practice or want HEMA to be. HEMA is a collective term, just like Martial Arts are not only boxing.  I’ve yet to meet two clubs, even in the same organisation, that are identical. There are so many cups of tea to try.

In the quest for excellence there are voices that call for only the ‘best’ candidates to join their clubs. Beyond the conceit and elitism in this view, I can’t help but wonder how do you determine who those people are exactly, without inviting them in and spending time with them? I’ve encountered people who pick up techniques easily and are very physically fit, but HEMA is just not for them. Don’t assume the people you want will want you, and don’t make the mistake of dismissing someone who could be a great asset to your club.

Anecdotally speaking, I’ve noticed a steady uptick in people interested in HEMA, but it won’t be the stampede or swelling of ranks that is predicted every time it is featured in mainstream news. People need time to digest the concept, and decide if it is right for them, they need repeated exposure, if advertising is anything to go by. For example, one of my students didn’t start HEMA until a year after seeing one of our demos at a local event. I didn’t start until going with my husband to his first class at The School of the Sword and then realising that I wanted to do it too. This is still very much a buyer’s market and will continue to be so for a while yet.

Along with excellence, whatever that means, is the demand from would-be auditioners for people who achieve success and quality. Define “success” and “quality”: is that producing winning fighters? Good instructors? Happy fencers? Team spirit? Translated works? Videos? Courses? Becoming a full time instructor? Worldwide workshops? Multiple chapters? Success and quality come in many forms. We aren’t building just a set of talented fencers and teachers, we’re building a community.

If any martial arts or sports club is to survive it needs a steady intake of beginners., Attrition varies depending on a number of factors but you are always going to have (and need) a broad base. Unless it has extremely dedicated people practicing in a park on a regular basis who have all their own gear a club must continually invest in a continuous supply of newcomers.

“Give people your time and your passion for your art, they will follow your example and build your club and scene alongside you.”

HEMA is not just made up of top instructors and fencers, and even these don’t arrive ready made and packaged. It needs researchers, interpreters, administrators, coaches, assistants, innovators, swordsmiths, product developers, distributors, webmasters, organisers, planners, bloggers, lecturers, accountants, caterers, treasurers, cheerleaders and plenty of other roles that I am sure I will come across in time.

Give people your time and your passion for your art, they will follow your example and build your club and scene alongside you. 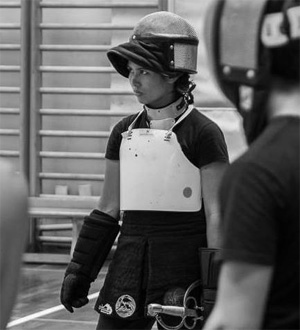 Fran Terminiello is lead instructor at The School of the Sword, co-founder of Esfinges, co-founder of Waterloo Sparring Group and should be writing a book right now.

The views expressed herein are those of the author and not necessarily the views of Esfinges.