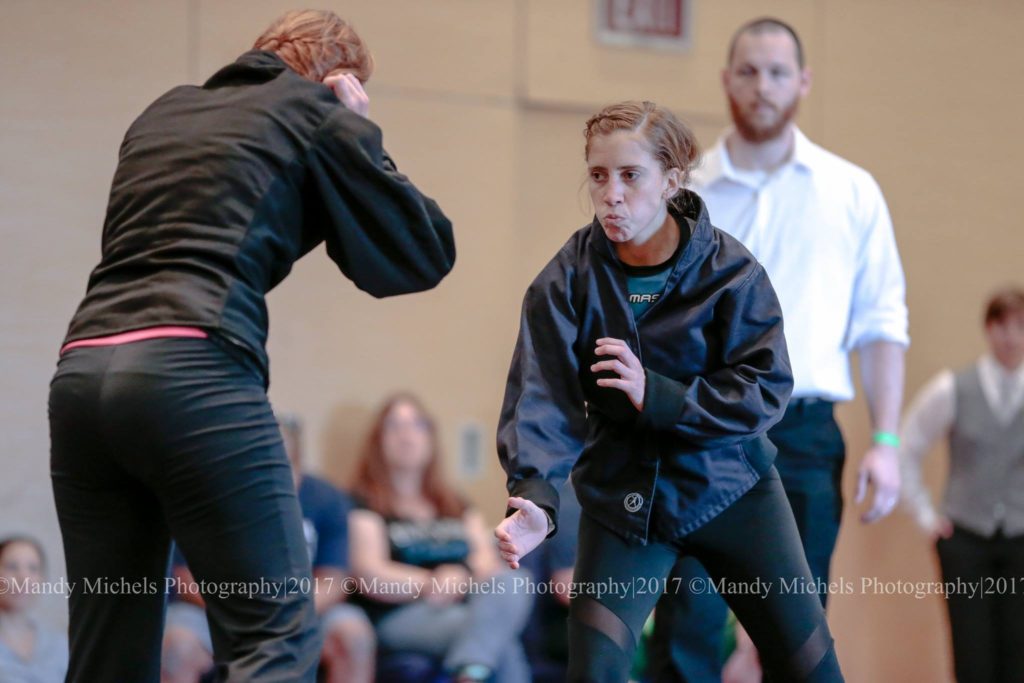 From Hate to Love.

How I got along with Ringen

Disclaimer: The following post does not intend to portray ringen as the ultimate tool for personal safety. No martial art will make you invincible, there are many odds in each situation and every scenario is unique. If you are interested in self defence go to a professional and please… learn to de escalate. I took stupid actions in all of the following scenarios that weren’t a problem just out of luck. Be smart, be prudent and be safe, no one is invincible.

When it comes to wrestling, or as some friends call it “competitive cuddling”, there are two kinds of people: those who love it and those who hate it. I was the second kind.

I couldn’t stand doing Ringen, specially with guys. I had to get close to them, touch their sweat… God! I remember pressing my head against them and feeling their sweat trespassing into my hair. Not to mention the smell. The fight for grips and such leads to a lack of personal space and A LOT of rubbing. When guys were nervous to train with me for being a woman (a lot of cultural factors in the way) it made it even worse. Were they going to play “easy”? this would cause me not to learn properly.  Will they try to take advantage to “accidentally” touch me? or end up ashamed for the rest of the class because they accidentally did?

Adding to it, I have a hip/knee injury caused by competitive cheerleading (the one full of gymnastics) causing me a recurrent sciatica nerve pain. Initial training with poor leg strengthening made it worse, and I did my best to slack on the wrestling training.

Yet I trained. Why? Because as the club founder and sister of the instructor, my ego didn’t let me look incapable of following the program, not to mention my brother would never allow me to skip a class and reminded me of my duties…. it was HELL. (note that this also shows that half of my fears were my own paranoia, as not only my then club is a fantastic safe space.. I was the one who kick out anyone who tried to make it otherwise)

Time passed by and I was with two friends at a disco, dancing on platform stilettoes (we are talking 16 cm of pure awesome). It surprisingly enough didn’t take long for a drunk guy to try to “dance with me” without, in fact, asking. After the instant (but polite) denial of such “kind” and certainly un spoken invitation, he later proceeded to try to outsmart me and attempt to put his hands in inappropriate places, he stood behind me, put his hand on my belly (waist height) and proceeded to lower his hands.   I used the abrazare technique we had learned that same week and put his face on the floor with his arm in full extension, the only reason his nose didn’t smash the ground was because of those extra 16 cm of height I had at the moment.

I was control of the situation… I inflicted enough pain and held him for enough time In front of several dozens of people…. a security guard wasn’t necessary, he found his way out of the disco by his own.  There were no injuries on the scene, just a nice amount of pain and maybe some humiliation as several people who saw the scene laughed at him for the unexpected response VERY LOUD.

It was after that that I embraced training in unarmed techniques, since not only I finally saw the meaning of a martial art being applied “in real life”, The thing that I hated saved me for something that who knows how far it could’ve gone. Having this purpose removed all the predisposition to find sweaty smelly human contact disgusting. Who cared if I get accidentally grabbed in not so comfortable places, if I could master the technique and have one more chance to get rid of a pervert?  In fact, it happened years later. A classmate, after months of repeatedly mocking the fact that I trained, constantly asking “what would I do if he forcefully kissed me?” as part of his harassment. One day, he went beyond his words and actually tried to kiss me against my will, forcing me against the wall, in an empty classroom in a matter of seconds. What happened? The back of his head hit the wall and I walk away laughing (I’m kind of cynic) and he never got close to me again… in fact, he didn’t even attempt to get close to any of my female friends who often got harassed by him as well.

More time passed. finding the utility of practicing ringen destroyed any prior hate, It wasn’t hard to get joy from the competitive stage later on. I would never go around searching for dangerous situations to see if I could do certain techniques, and while competitive ringen implied getting rid of the dirty trick and the bone breaking techniques it felt like the right test (and one a lot more safer as well)

In many ways, most of my predisposition to dislike wrestling was lacking a motivation to train it, and having a hard time leaving behind physical (and social) discomforts created mostly by society and culture (meaning the rejection of a certain amount of contact and how women and men should interact with each other). In fact, proper training helped some of my injuries to improve. And the insecurity of the constant touching slowly became empowerment, I am now more confident of my own body, more aware of what can and can’t do with it, I am a lot more self aware of how my muscles work, and believe me not only it is easy to tell malicious touching from non malicious one, having a good wrestling fight with your classmates gives you a fantastic safe space feeling.

Funny enough (and this is just to break some myths), people outside the martial arts world who claimed and constantly reminded me that women who do such arts are “manly” noticed how the more I trained the more “feminine” I became as I became less fearful and shy to walk around on a dress or a skirt on a regular day and not “just for parties” as I didn’t saw myself as powerless as before and so now I didn’t felt like hiding.

Some women jump to competitive cuddling without a question. Some others like me might be in need of a further reason to get into it, but once it’s found IT’S GLORY!